HISTORY: The best of White!

The O’s were delighted to confirm their brand-new all-white third kit, maintaining a relationship with white kits that stem all the way back to the early 1900’s.

The first time the O’s wore an all-white kit, Clapton Orient, as we were known at the time, had just been elected to the Football League alongside Chelsea, Leeds City and Stockport County. The kit is worn for the first time against Leicester Fosse on September 2, 1905, as the O’s fell to a 2-1 defeat, Kingaby scoring.

The O’s finished bottom of Division Two that season but with Division Three not coming into play until the 1920’s, William Holmes’ men maintained their status for the immediate future.

The O’s developed their kits with the iconic Chevron shirt which dominated the World War periods. Clapton Orient secured the Dubonnet Cup in Paris in front of 12,000 people.

In 1915, the Club had the largest number of players and officials to enlist in the Footballers’ Battalion for the war, 41 in total. McFadden, Willie Jonas and George Scott were all killed in action. Gone but Never Forgotten.

King George on behalf of the Royal family sends a letter to the club, which stated ‘ Good luck to Clapton Orient FC. No football club has paid a greater price to patriotism.’

The white shirt with red chevron, and blue shorts, become synonymous with one of the proudest periods of the Club’s history.

One of the finest periods of the Club’s history as Jimmy Bloomdfield’s side embarked on a famous FA Cup run, knocking out Norwich City, Blackburn Rovers, Chelsea and Middlesborough before losing to Arsenal in the Semi-Final.

The white shirt, donned with red braces, was worn by some of the Club’s greatest ever players including legendary Peter Kitchen and record appearance maker Peter Allen.

The braces are one of the fondest remembered shirts in the Club’s history. 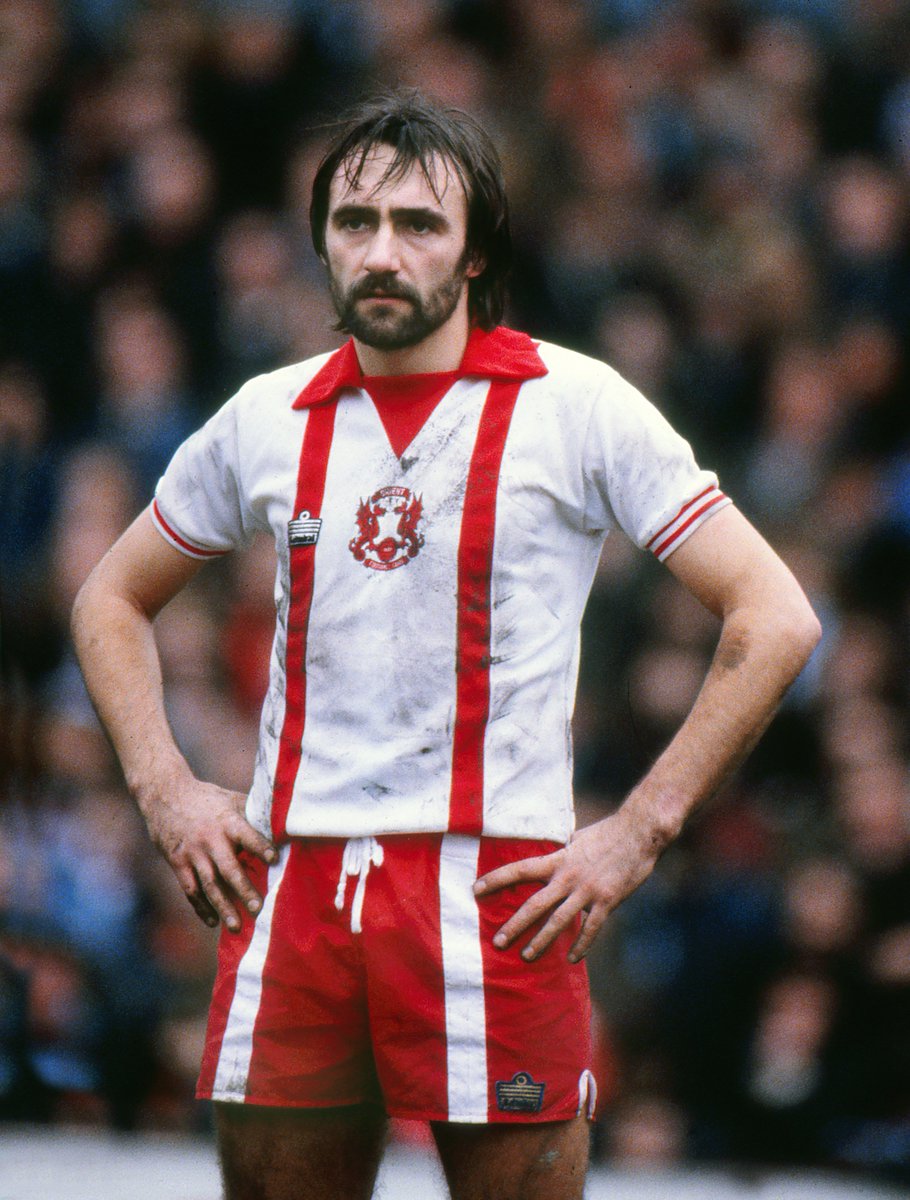 The O’s wore a special Sunday People-sponsored white shirt for the FA Cup run of that season. The clean and crisp white design, with big red Sunday People logo, was debuted in the 2-0 win over Gloucester City.

It was also worn in the 2-4 win over Alfreton Town but the O’s were knocked out in extra-time of a replay by Championship side, Hull City.

Tthe O’s celebrated 100 years since the end of World War I by wearing a one-off kit for the game against Bromley in November, 2018.

Justin Edinburgh’s men went 1-0 down in the first half in front of a bumper crowd but equalised in the 56th minute when Jobi McAnuff curled in a wonderful free-kick.

The atmopshere hit top levels when Josh Koroma scored one of the most memorable goals of the season as he weaved through the box, beating three men, before lifting the ball into the roof of the net before embarking on a famous celebration!

Macauley Bonne wrapped up the win when Jobi McAnuff’s shot was spilled by Gregory and he tapped home, sending the O’s top following a memorable occasion.