Following on from our initial consultation with supporters, the club are delighted to announce the inaugural inductees of our first ever Hall of Fame!

Seven players and a manager from our history have been selected to kickstart our Hall of Fame, which will soon be housed in the Legends Lounge of the Justin Edinburgh stand.

Three of the remaining places will be up for a supporter vote in the coming days, whilst the final place will be revealed at a later date.

The inaugural inductees are as follows… 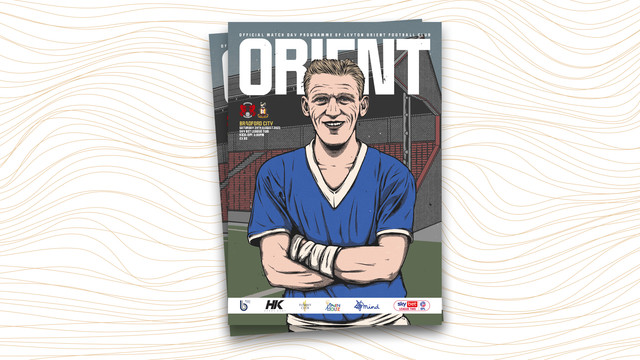 Throughout the season, we will commemorate each of the Hall of Fame inductees with a special illustrated programme cover.

Our first of these will be for Tommy Johnston against Bradford City on the 28th August, with special feature on Orient’s all-time top scorer.

The collectable programmes will be available for £3.50 on matchdays, and available for order through our external partner Curtis Sport.

Keep your eyes peeled on the website and social channels for the open vote for the final four spots.